State Wide Real Estate is the oldest franchised real estate company in America. Hugh Harris started State Wide in Flint, Michigan in 1944, after a successful, albeit dangerous several years organizing the original UAW union. This involved his leadership during the famous Fisher Auto body “sit down” strike and culminated with his organizing auto manufacturing plants across the Upper Midwest.  His wife Elsie demanded that Hugh quit organizing after many vicious attacks and attempts on his life by anti-labor forces.
Hugh finally decided on real estate as a profession and became the founder of State Wide Real Estate.
Hugh Harris, 22, is the great-grandson of founder Hugh Harris and is co-owner of Harris State Wide in Iron Mountain, Michigan. Hugh and his father Steve opened Harris State Wide in November of 2018 and immediately began selling real estate with several closings in 2018– and a GREAT start in 2019 despite horrible weather.
They plan on combining youth and experience, tech ability, and veteran savvy—-using all tools to serve sellers and buyers in the most professional manner possible. 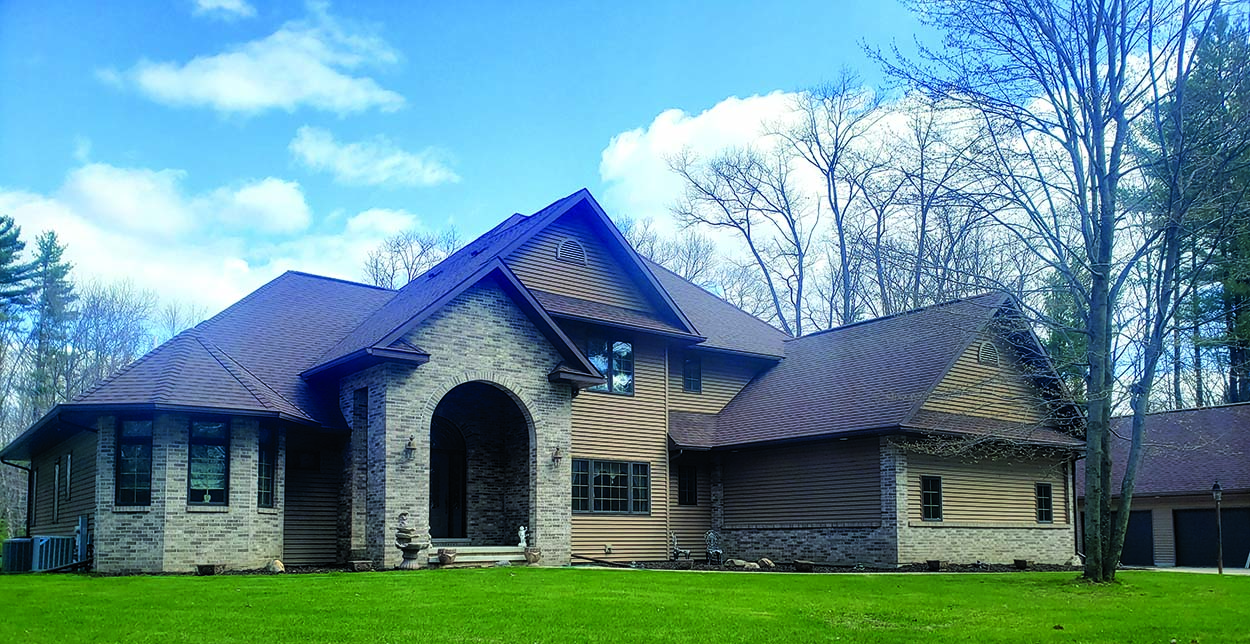 This fantastic 4 or 5 bedroom home has 5 baths, a two car attached garage AND a detached 3 car garage....and is situated on 10 rolling hardwood acres in Breitung Township. The magnitude of this custom crafted home built by outstanding local builder Gary Miller is hard to overstate. The brick archway welcomes you to a home that features a first floor master suite, formal dining room with table space in the kitchen, entryway “mud room” containing the first floor laundry, central air with an air exchanger, solid oak wood doors, and many amenities too numerous to mention. There are 3 bedrooms and two full baths upstairs, one of the baths being 3/4 with a shower only....and a large finished area in the basement with one full, mostly finished bathroom.  The site has a beautiful garden area with 3 apple trees and has no visible neighbors....but is only minutes from town! Appliances can all be included.